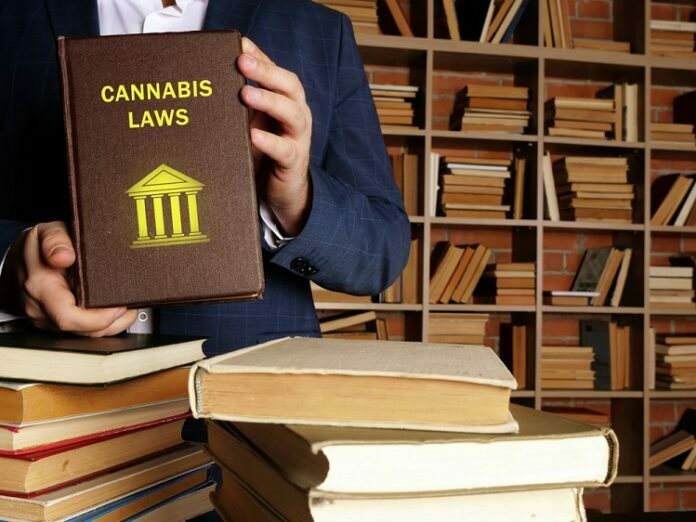 A Park City, Utah man has discovered that cannabis, while legal in his state, is only partially legal. He is not free to do with it as he pleases. Without a license to grow medical cannabis, he is not allowed to run his own operation in the backyard. Licensing may seem minor to some people, but it is a big deal to state lawmakers and their regulating authorities.

Such is the nature of modern cannabis laws. Utah isn’t the only state to experience this sort of thing. Many of the states that have legalized cannabis for medical use, recreational use, or both, require licensing to some degree. Operating without a license is still illegal.

What Happened in Utah

In the case of the Park City, Utah incident, police were called to a local neighborhood to investigate a complaint of domestic violence. They didn’t find anything of that nature. But during their contact with the residents in question, they discovered one of them trying to get rid of marijuana plants. Further investigation revealed what appeared to be a small growing operation in the house.

Curiosity begs the question of who made the initial complaint. Was it someone in the house? Was it a neighbor? It probably wasn’t the man found ditching the marijuana plants. At least common-sense dictates as much. You would not call the police over to your home knowing you were running an illegal growing operation.

At any rate, the man has been arrested and charged with possession with the intent to distribute. All of this could have been avoided had he gotten a cultivator’s license from the state.

Utah requires that all companies wishing to operate in the medical cannabis industry obtain a license. According to the owners of Park City’s Deseret Wellness, the state offers four different licenses:

So, why the licenses? States license cannabis businesses and medical providers for two reasons. The first is to control the industry by limiting who can participate and determining the rules for participation. Second, licensing drives revenues. License fees help pay for program administration.

No Growing Your Own

Some states with legalized cannabis allow residents to grow small amounts of the plant on their own properties. Utah is not one such state. There, residents are not free to grow their own plants. Anyone who uses medical cannabis in the state is required to purchase cannabis products from a licensed pharmacy, like Deseret Wellness.

Are there still people who grow illegally? Absolutely. The guy who was arrested in Park City proves as much. The real question is one of how big the black market is in Utah. We know that it is sizable in California, where black market sellers still account for the majority of cannabis sales in the Golden State.

Right now, there is a Utah man facing serious drug charges for running an illegal cannabis-growing operation in his home. How many other illegal operators are still doing business in the state? No one knows. But black marketers are out there. As long as there is enough demand to keep them in business, they will keep producing plants.

If nothing else, the incident is proof that even legalizing cannabis will not stop block market activity. The black market will continue even if congress decriminalizes cannabis in the future.

Julian Janelle - May 14, 2022 0
There are many reasons why you need a Locksmith Services in Pennsylvania's Countryside. The most common one is the fact that you often need...

Julian Janelle - May 7, 2022 0
Office cleaning is a very important part of any business and should be done regularly. A clean office reflects the image of your company...

Julian Janelle - April 19, 2022 0
There is a certain segment of the business and marketing worlds that believe brands should never present anything negative. They believe that all online...

What Steps Should You Take If You Been Sexually Harassment At...

Julian Janelle - January 29, 2022 0
Sexual harassment is the most common type of workplace harassment experienced by employees. If you have faced such harassment, it can be highly distressing...

Options of Best Forex Trading Platform and Their Reliable Services

Julian Janelle - December 22, 2021 0
In trading, there are many kinds of consideration that should be made. These are necessary to increase the possibility to gain profits and avoid...

Things to know about the cleaning company and its services

Julian Janelle - December 16, 2021 0
A professional cleaning company is always available for their clients to help them with their cleaning needs, regardless of the size of the job....

Role of the right office furniture in making your business grow

Julian Janelle - December 7, 2021 0
Whether you are setting up a new office or renovating your current one, everything you add, remove, or change affects your office environment. From the...

Questions To Ask Before Taking A Personal Loan (Lån)

How to calculate forex spreads in Dubai?

What are the best ways to finance your new courier business?